It seems that nature never runs out of fascinating and unusual creatures to write about.

A Twitter user named Rebecca Lavoie recently shared this image of a stunning Rosy Maple Moth that came to visit her in her garden. 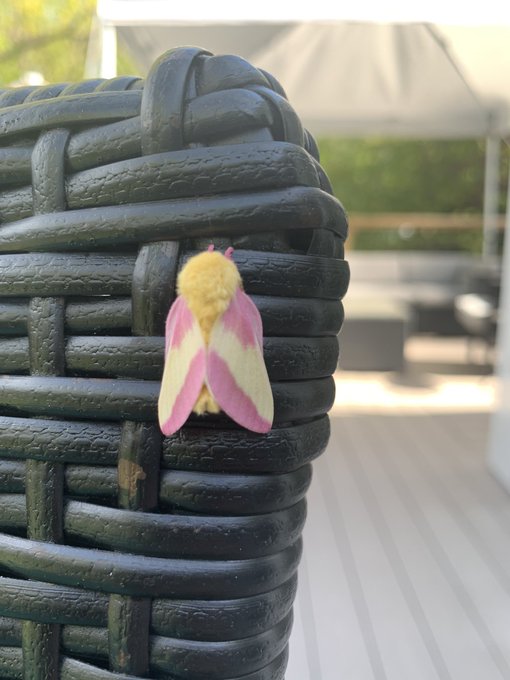 Endemic to northeast America, Dryocampa Rubicunda, more commonly known as Rosy Maple Moths, like to nest in oaks and, unsurprisingly, maple trees. The fascinating pastel-colored moths can be found as south as Florida, as far west as Texas, and as far north as Canada.

The University of Virginia Mountain Lake Biological Station wrote on its website: “Their wings are creamy yellow or white, with rosy pink markings on the margins and bases. Their coloration, however, is extremely variable; in some the wings may be pink with small slivers of yellow; in others the pink markings may be less noticeable.
Moths with very few pink markings are classified as the subspecies alba, and usually occur in Missouri. Their heads and bodies are typically furry and yellow; their antennae and legs are red-pink and the former are feathery.”

Wacth the fascinating video below:

A Good Samaritan was shocked when they stumbled upon 2 bonded souls in need of saving.

Read All Posts By admin